Information
As usual, the procurement cycle for winter fabrics starts at the end of August each year. As a result, terminal demand increased from September to October, and the corresponding polyester filament production and sales rebounded, and prices also rose. Therefore, usually from September to October. It is called "Gold September and Silver 10", but in recent years, the trend of the peak season has become less and less obvious.
In September, the polyester filament market showed an inverted "V" trend. Taking POY150D / 48F as an example, the average price in September was 7,755 yuan / ton, a drop of 2.15% month-on-month and 34.52% year-on-year. At the end of the month, the polyester filament market was deserted and the company's inventory was under pressure. Most bombing and weaving companies are also facing distressed demand. To reduce supply pressure, they plan to reduce or avoid risks during National Day. Increase profits and ease the pressure on inventory, but the effect of the two waves of improvement is not great. The production and sales of polyester are still sluggish, and the focus of transactions continues to decline.
During the National Day, production and sales of polyester filaments were sluggish. It is reported that the market was basically in a vacuum in the three days before the National Day holiday. After half the holiday, the market's inquiry atmosphere gradually increased, but there were few transactions. Holiday business inventory increased slightly, POY inventory increased. Within 4 days, FDY inventory increased by 5-6 days. After the holidays, the polyester yarn company opened a promotion model, and there was a certain replenishment demand downstream. The production and sales volume increased slightly on that day, with the high end in the range of 300% -400%. However, the good situation is not long, the demand terminal lacks support, and the production and sales of polyester filaments have declined rapidly.
The decline in production and sales is related to the increase in inventory. As shown, polyester inventory has been increasing since September, and inventory continued to increase in October. At present, POY inventory is mainly within 7-12 days, and FDY inventory is mainly within 10-15 days. DTY inventory is mainly within 20-25 days. The backlog of inventory will cause a shortage of funds, and the company is forced to provide preferential funds to withdraw funds. The market is now in a vicious cycle.
Some insiders report that winter purchase orders are nearing completion and spring orders have gradually opened. However, polyester, weaving and grey fabrics are in high inventory and there is a shortage of downstream funding. It is temporarily unable to purchase large quantities of raw materials. Therefore, the polyester filament market is likely to be cool in October. Cool, it is expected that the promotion will continue.

Scan the QR code to read on your phone 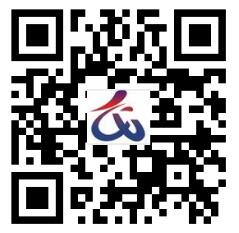